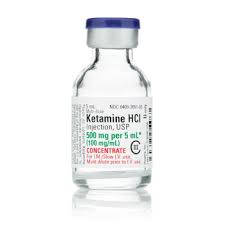 Dr. Christian Munk D.O. was the first to bring off-label Ketamine and NAD+ infusion therapy to the Las Vegas valley in 2016. He is a board certified anesthesiologist, and in addition to being the medical director at Desert Ketamine Clinic, he has a thriving surgical anesthesia practice.

As the Chair of Anesthesia at Valley Hospital, Dr. Munk is active in the medical leadership of the Las Vegas community. He also continues to teach medical students and anesthesia residents in the operating room

Dr. Munk has attended Texas A&M University, Boise State University, and received his Bachelor of Science from the University of Washington. After Medical School at Touro University College of Osteopathic Medicine, he received his anesthesia residency training at Baystate Medical Center (Tufts University).

Dr. Munk has received extensive training in the use of therapeutic Ketamine from leaders in the field. He has attended numerous seminars and is active in the Ketamine collaborative community. NAD+ training was received directly from Richard Mestayer and Paula Norris of Springfield Wellness Center in Louisiana. They are the originators of BR+NAD. Dr. Munk attends annual meetings and collegial events to stay current with the latest techniques in NAD+ treatment.

The names Las Vegas and Vegas are interchangeably used to indicate the Valley, the Strip, and the city, and as a brand by the Las Vegas Convention and Visitors Authority to denominate the region. The Valley is affectionately known as the “ninth island” by Hawaii natives and Las Vegans alike, in part due to the large number of people originally from Hawaii who live in and regularly travel to Las Vegas.

Font Resize
Contrast
Accessibility by WAH
Call Us Text Us